I like beaches.  As there isn’t a large population of people on Kangaroo Island, the beaches are still relatively natural. Below is a photograph of a beach near our first camp site. It’s very different to the beaches in and around Port Phillip Bay near Melbourne. What struct me is the vegetation grows out onto the beach which, is quite rare for beaches used by people.

Something else we noticed in South Australia, is that they have many stone buildings. They would be cool in summer and they also sit nicely into the landscape.

The stone cottage below looks lovely but I’m guessing it’s rather cramped inside. 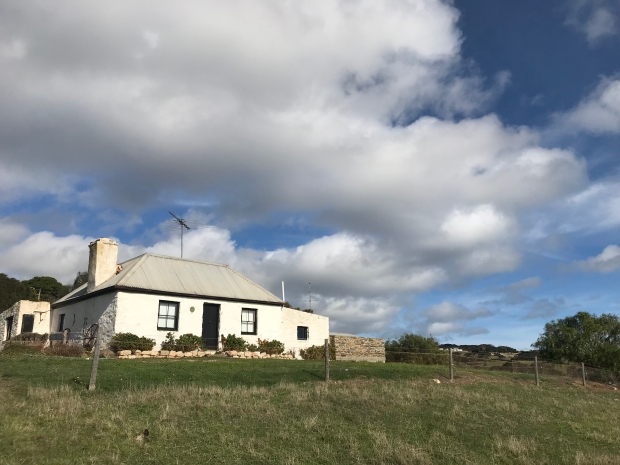 One of the major attractions on Kangaroo Island are seals and there are many places where you can see seals in the distance. But one location that is effectively managed for allowing people to see seals up close is Seal Bay.

The extensive boardwalks at Seal Bay are very impressive. They are a great way to protect the dunes whilst still moving people down to the beach through the dunes.

Below is Pam, not a seal.