Once again I visited the Terrick Terrick National Park recently to help with a research project involving grassland bird species. However, there is more to these grasslands than birds. Much more.

The Red Swainsonia (Swainsonia playiotropis) is a rare native pea species found in these grasslands.

Another rare species that I haven’t seen before: 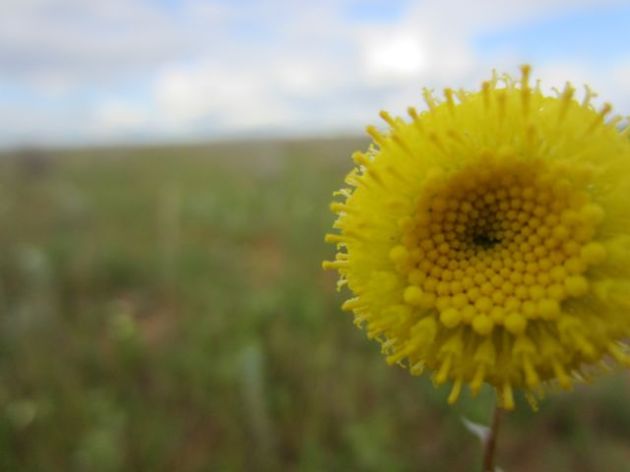 The Annual Buttons with a keen conservationist in the background.

Mark Antos is also taking photographs of the Annual Buttons.

Returning to the ute without a grassland bird. A bird in the hand is worth more than two in the Terrick Terrick grasslands.